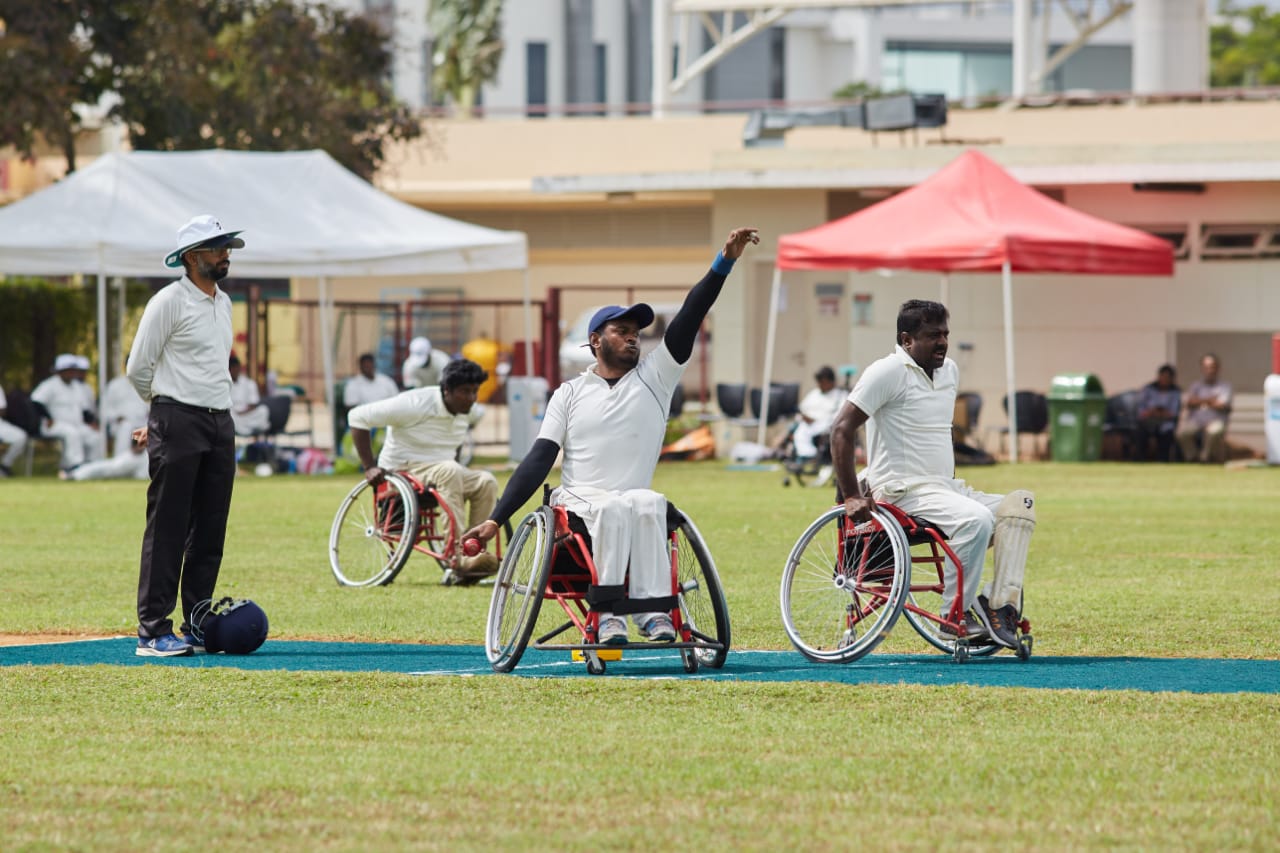 Indian cricket body is one of the richest in the world, yet not enough funding is provided to wheelchair cricketers and they struggle to meet their daily ends meet. Most of the cricketers come from marginalised backround and their disability limits their option of getting a job and earn elsewhere.

In a country where the game of cricket and its players are loved and worshipped by all, it lacks appreciation towards the same game played by para-athletes.

All we need is an equal opportunity to play and backing of sponsors so that we have enough funds to provide the best facilities to the Para athletes.

Mr Shiva Prasad is a 33-year-old from Bangalore. He holds PG Degree in HRM from Bharatiya Vidya Bhavan and is working with Fratitude Talent Advisor as Leadership Hiring consultant with 10 years of experience.

He is the founder of Divyaang Myithri Sports Academy which promotes Wheelchair Cricket, Tennis and Basketball at the grassroots level across Karnataka.

Divyaang Myithri Sports Academy (DMSA) is a non-profit organization formed in May 2016 with the intention of uplifting para-sports in India. It is devoted to encouraging differently-abled persons to take-up sports, provide specialized training at the grassroots level, nurture ability, and help promising and qualified para-athletes achieve their athletic and professional goals.

DMSA provides specialized training, infrastructure, equipment and assists para-athletes financially to participate in national and international sporting events. The core focus areas of DMSA include Wheelchair Cricket, Basketball, and the invention and introduction of a brand new sport, the exciting Wheelchair Kabbadi.

Q2. Please shed some light on the achievements of DMSA.

Our athletes have earned some great achievements since the inception of the organisation. Our achievements include:

• Our players represented India in wheelchair cricket and played against Pakistan in 3 – T20 matches held in Dubai, UAE. (India won 3:0) and Tri-series against Bangladesh & Nepal.

• Republic Cup – First ever wheelchair Basketball tournament in Bangalore with prize money of 50k distributed to winners and runners.

Q3. Recently, you conducted a first-ever wheelchair test cricket match. How did that pan out? How excited were the players about the game?

The historical 2-day test match took place in Bangalore Stone hill International Ground between Karnataka A vs Karnataka B, more than 30 players participated from districts of Karnataka and some from remote places like Koppal, Bagalkot, and Vijaypura travelling more than 10 hours through Trains to reach the venue. All players were excited and very happy to be part of the Test match.

First of its kind and post on LinkedIn went viral and some legendary players like Daryll Cullinan and Upton Paddy (head coach of Rajasthan Royals) commented and motivated us to dream bigger.

Q5. Have you received corporate support (in terms of CSR/sponsorship)?

For this year we have received one-year sponsorship from Scientific Games India Pvt. Ltd. In the past, we have received sponsorships from Embassy Group, SLK Global, Dairy Day, Samarthanam, Rotary Club, SJ Foundation, APD, Margadarsi, Motivation on an event to event basis.

I would like to mention that Parasports are played at very competitive levels don’t look at as a charity event. All we need is an equal opportunity to play and backing of sponsors so that we have enough funds to provide the best facilities to the Para athletes.

Q6. What are the future plans of Divyaang Myithri Sports Academy?

➢Accessible Gym for all (Wheelchair Friendly one of its kind).

➢Working on building sports infra for specially abled in Mysore.

Para athletes have won plenty of medals for India in the past decade but somehow they have always been sidelined.We hope that the para-athletes and para-sports get the recognition it deserves.

The story of each and every athlete is inspiring. In spite of their limitations, they work tirelessly to make the nation proud.

Divyaang Myithri Sports Academy has undertaken a significant initiative of providing para-athletes a platfrom to prove their talent. We are super proud of them and wish them the best of future endeavours.