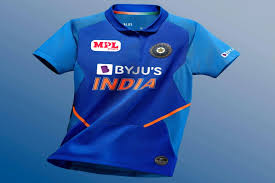 The Board of Control for Cricket in India (BCCI) roped in Fantasy gaming platform Mobile Premier League (MPL) as the new kit and apparel sponsor for the Indian cricket team.

The deal is from November 2020 to December 2023. The rate per match will be ₹65 lakhs per game as compared to the ₹88 lakhs obligated to Nike.

This has come after a considerably long period of ‘no bids’ as previous sponsor Nike decided to opt out from a contract renewal after holding the rights for 13 consecutive years since 2007 thereby, ending a long-term association with the BCCI.

“Yes, we have signed a deal with MPL that is effective from November 2020 till December 2023. The kit sponsorship amount is Rs 65 lakh per match while merchandising is Rs 3 crore per year for the three year period. With that royalty will be 10 per cent of net sales per season,” an Apex Council member told ANI.

This adds to the very certain growth of fantasy sports platforms in India with companies acquiring various stakes in all bilateral and multilateral transactions of Indian Cricket.

Team India will be seen getting back in action in the Australia series which gets underway on November 27.