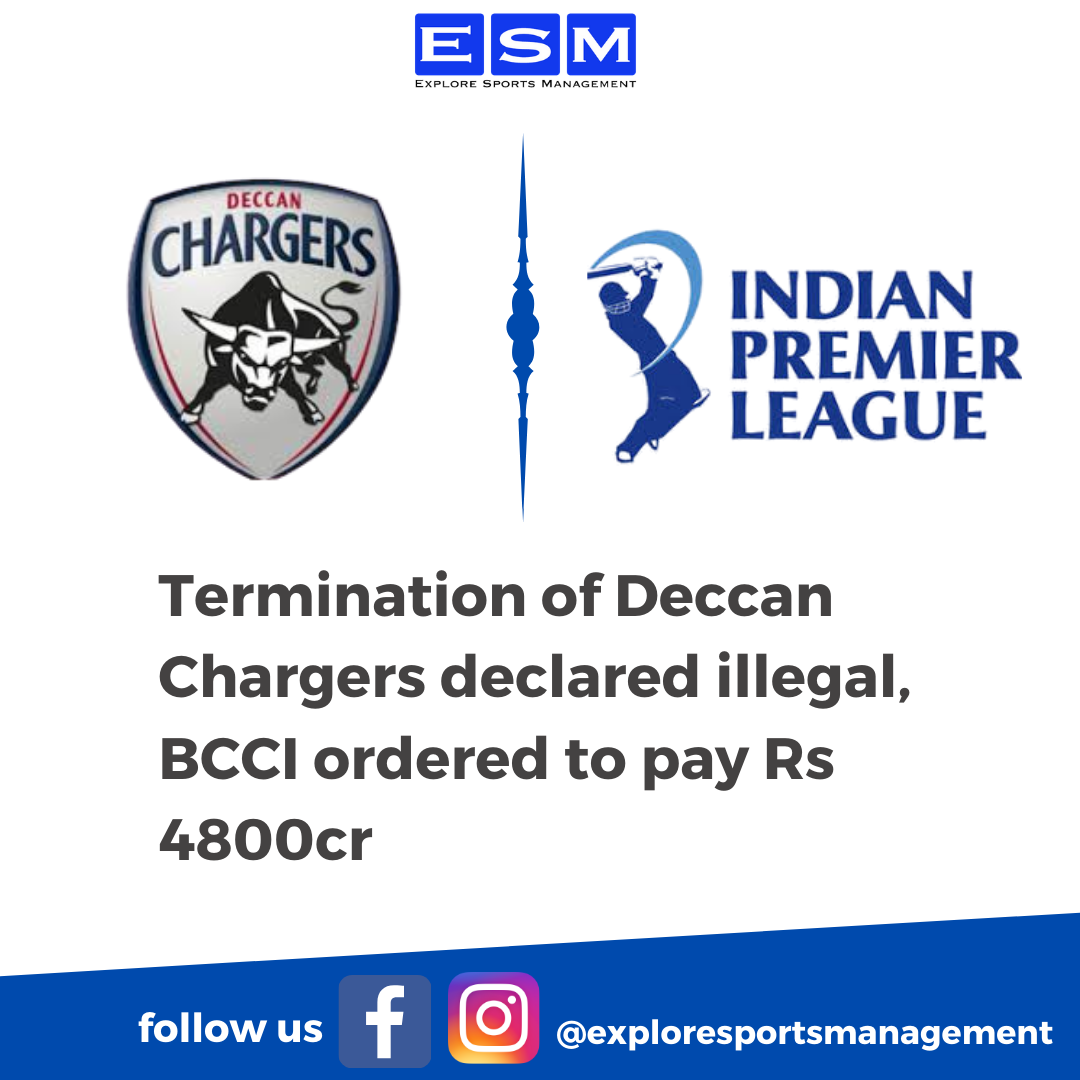 Days after the BCCI won a legal battle against the World Sports Group over IPL media rights, a shocking result of arbitration from 2012 twisted the proceedings with a huge blow to the apex governing body for cricket in India. Retired Supreme Court Justice C K Thakker performing the role of the sole arbitrator awarded a sum over Rs.4800 crores to the Deccan Chronicles Holding Ltd. (DCHL) in their legal dispute with the BCCI over the termination of their IPL franchise Deccan Chargers.

When the IPL started in 2008, so did an agreement between the DCHL and the BCCI, that confirmed the participation of Deccan Chargers in IPL for the next ten years. However, on August 2012, BCCI sent a show-cause notice to DCHL for termination of their franchise and the termination was confirmed a day before the expiry of the 30-day period granted to respond to the notice, the lawyer said. And that is when DCHL approached the Bombay High Court claiming the matter was arbitrary. DCHL had claimed damages of Rs 6046 crore plus interest and charges as per reports.

“The sole arbitrator on Friday upheld the termination to be illegal and granted damages to the tune of Rs 630 crores and compensation to DCHL to the tune of Rs 4160 crores,” Maneesha Dhir, Managing Partner of Dhir & Dhir Associates, who appeared for DCHL. “DCHL has also been granted Rs 36 crore as an admitted amount payable under the Franchise Agreement,” he added.