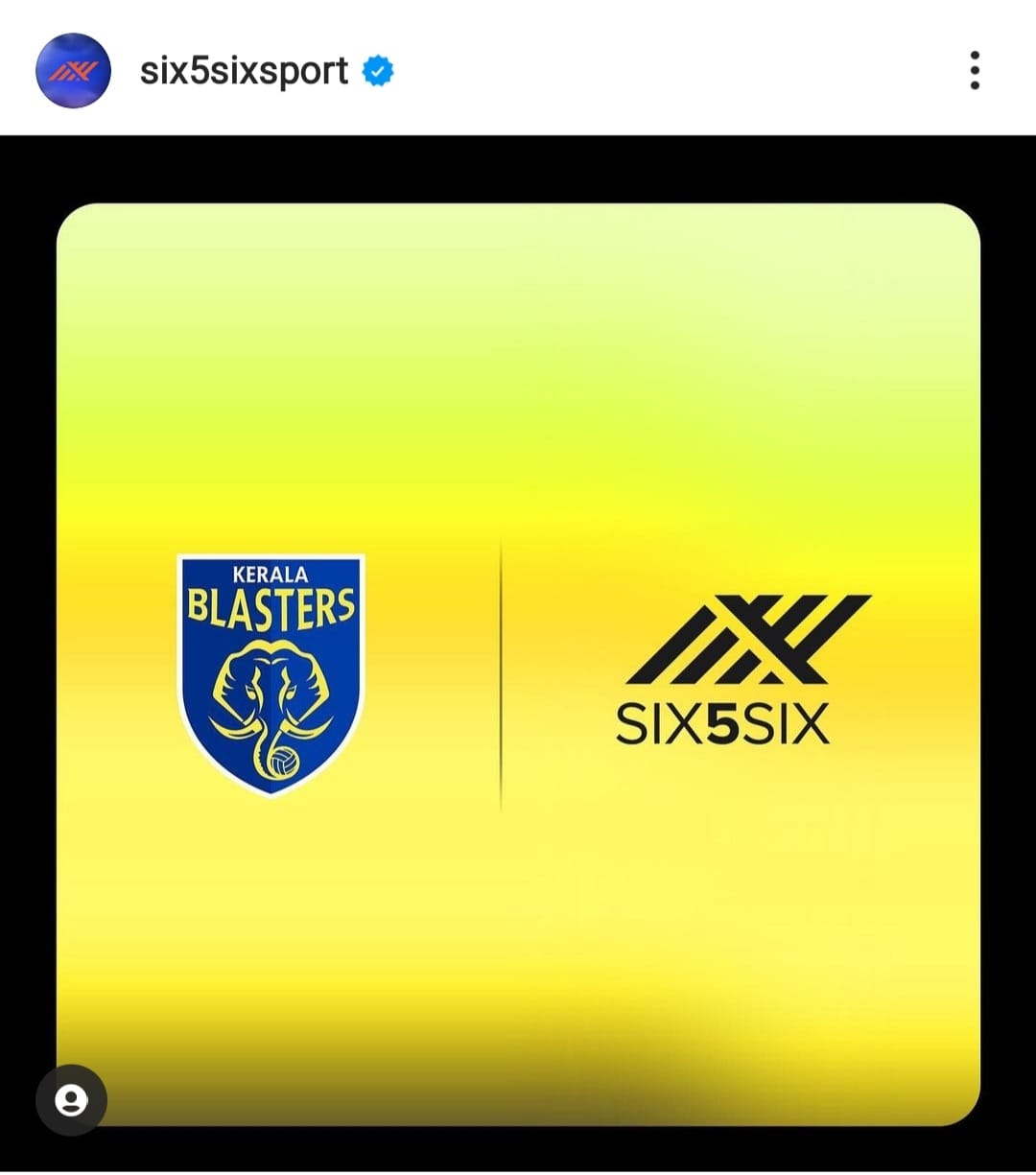 ISL Franchise Kerala Blasters have announced on their social media accounts SIX5SIX, a Delhi-based sportswear brand, as their Kit and Merchandise partner for the upcoming seasons of ISL 2021-23.

SIX5SIX will be designing the team’s home and away kit, practice kits and the entire fan merchandise as well.
“We are extremely elated to come on board with a club that enjoys fandom of meteoric proportions. The kit will be crafted keeping the traditional yellow theme in place which is synonymous with the club’s tremendous fan base, and becomes the color of the city on match days. We also plan to launch special merchandise for the fans which will make them feel closer to their team and players” stated Ambar Aneja, Co-Founder and CEO of SIX5SIX.

“A jersey is something which brings an identity to a club and the color yellow has reverberated with the state of Kerala and across the country. We are happy to associate with a home-grown brand like SIX5SIX that understands the pulse and emotions of a football fan. We recognize a great cultural fit with a young and vibrant brand like SIX5SIX and I am confident that this association is ought to set a new benchmark.”, said Nikhil Bhardwaj, Director, Kerala Blasters FC

The new kits are expected to launch prior to the commencement of the upcoming season of ISL.
The new merchandise will be available through the brand’s website, www.six5sixsport.com as well as a certain set of retailers on-ground in Kerala.