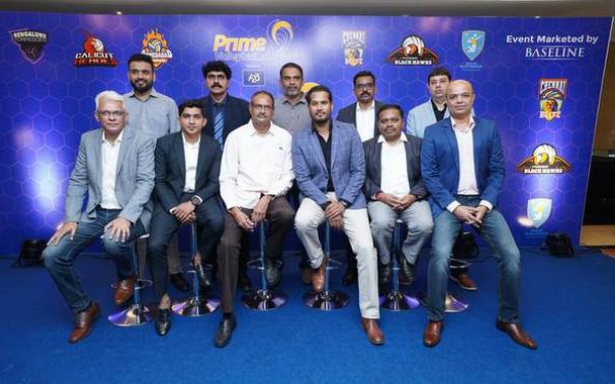 The Prime Volleyball League (PVL) featuring six teams, sponsored by fantasy game leader A23 and marketed by Baseline Ventures, was formally launched with the presence of the owners of respective franchisees.

Joy Bhattacharya, CEO, PVL, said the forthcoming edition for which the auction will be held in December, would be totally different and innovative given the fact that the owners will be the stakeholders.

“This league is for players who have been really wanting to get into competitive mode after a long break because of the pandemic,” he said
“Our endeavour is to provide the right kind of platform for volleyball talent to grow. In PVL, the franchises are committed to long-term interests,” the PVL CEO said.

“As opposed to every sports league in India, in PVL, the team owners are also stakeholders in the league. So, they have an investment in the long-term future. This is a step forward. In most leagues, barring cricket and to a certain extent football, the problem is that if there’s a change (at the top) of the federation or the federation itself changes, the new people coming in want to do something new. Immediately, the entire dynamic changes. As franchise owners, you cannot make money in the first few years in an Indian league. Maybe you will in five years. So how can someone invest in a league for five years when they think that tomorrow if the federation changes all of this will go to hell,” he said.

The league has also roped in Sony Pictures Networks as the broadcast partner.

Neville Bastawalla, SVP & Head (Marketing & On-Air Promotions), Sports Channels at Sony Pictures Networks India, said, “the league will be shown live in most of the regional languages and SonyLIV.”