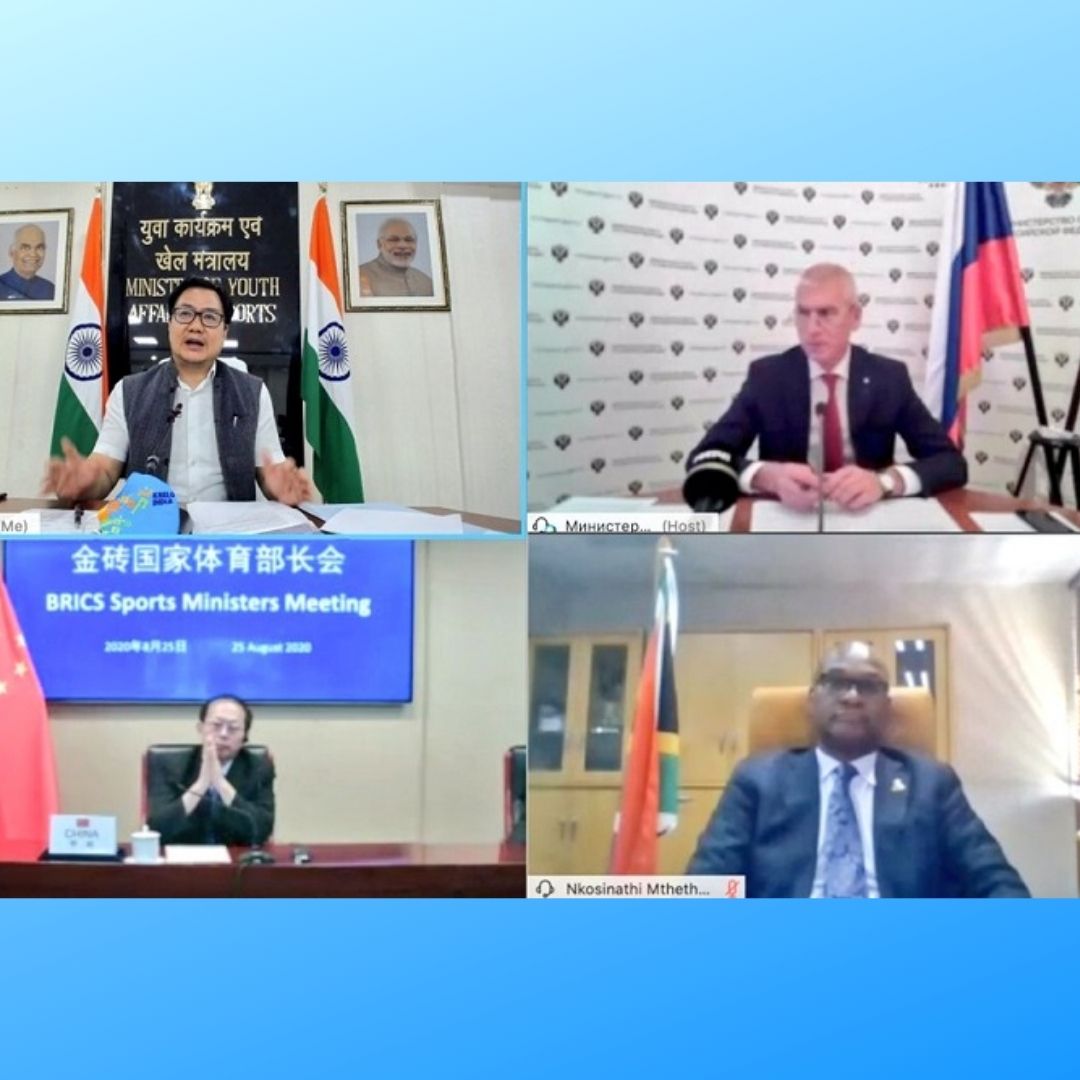 The Miniter of Youth Affairs & Sports in India Mr. Kiren Rijiju announced that India will organize the BRICS Games next year during the Khelo India Youth and Univesity Games 2021.

This announcement came during a meeting of Sports Ministers of all BRICS nations – Brazil, Russia, India, China  & South Africa.

During the meeting, the Union Sports Minister of India also emphasized on the importance of sports and the role it plays to improve the living standards and quality of life of citizens.  He also highlighted the importance of collaboration between BRICS nations in taking forward the sports industry in the post-pandemic era.

During India’s Chairmanship of BRICS in 2021, Sports and Games is to be a part of the deliverables.

“The Government of India organizes annual sports competitions under the Khelo India Scheme. As we find ways to get over COVID-19, we are hopeful of organizing Khelo India Youth Games and Khelo India University Games in 2021.” said Mr. Kiren Rijiju

He further added: “During Khelo India Youth Games 2021, we will invite BRICS member countries to showcase their traditional indigenous games during the inaugural or closing ceremony of Khelo India.

On the planning of BRICS Games in alignment with Khelo India Games he said:

“BRICS Games 2021 will be held during same time and at same venues as of Khelo India Games 2021 so that our players from various parts of the country who will gather for Khelo India Games will have the benefit and great opportunity of witnessing BRICS Games from close quarters. This will be a great morale booster and motivational moment for them.”

The Sports Ministers of BRICS nations also agreed to witness the opening ceremony of the Khelo India Games 2021 to be held in Haryana, India.

Other points of discussion during the video conference were to assess the impact of COVID-19 on sports and how we can improve the situation.

Minister Kiren Rijiju also shared the advantages of campaigns like “Fit India Movement”and how it can help a country become a sporting powerhouse!