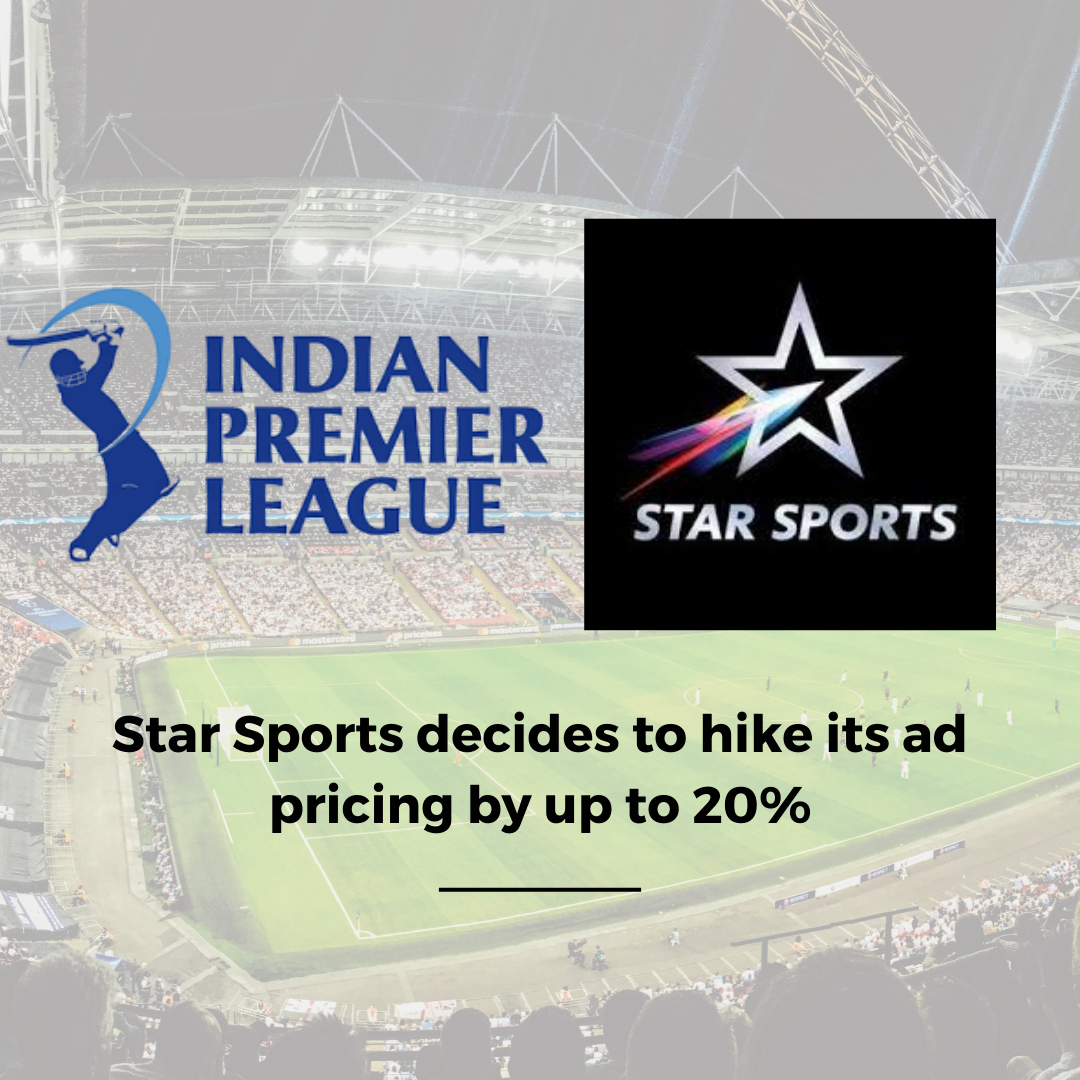 The Indian Premier League is set to begin from September 19, as the tournament has been shifted to UAE this year. The Indian fans are going to miss out on watching the games from the stadiums. However, the television and digital viewership is expected to be at an all-time high.

Despite the entire world being hit by the economic impact of COVID 19 pandemic, Star has apparently decided to hike its ad pricing by up to 20%.

The sports streaming giant is set to charge brands INR 12.5 Lakhs for 10-second ad slots in IPL 2020. Since IPL will mark the return of Indian Cricket, the industry experts are confident of this being a record season in terms of viewership.

Star has reportedly generated over Rs 3000 crore from advertisements during the 2019 IPL.

(As far as the BCCI is concerned, the board would be charging the broadcaster Rs 3,270 crore for the season on account of broadcasting and digital rights)
(Soure: Times Now)