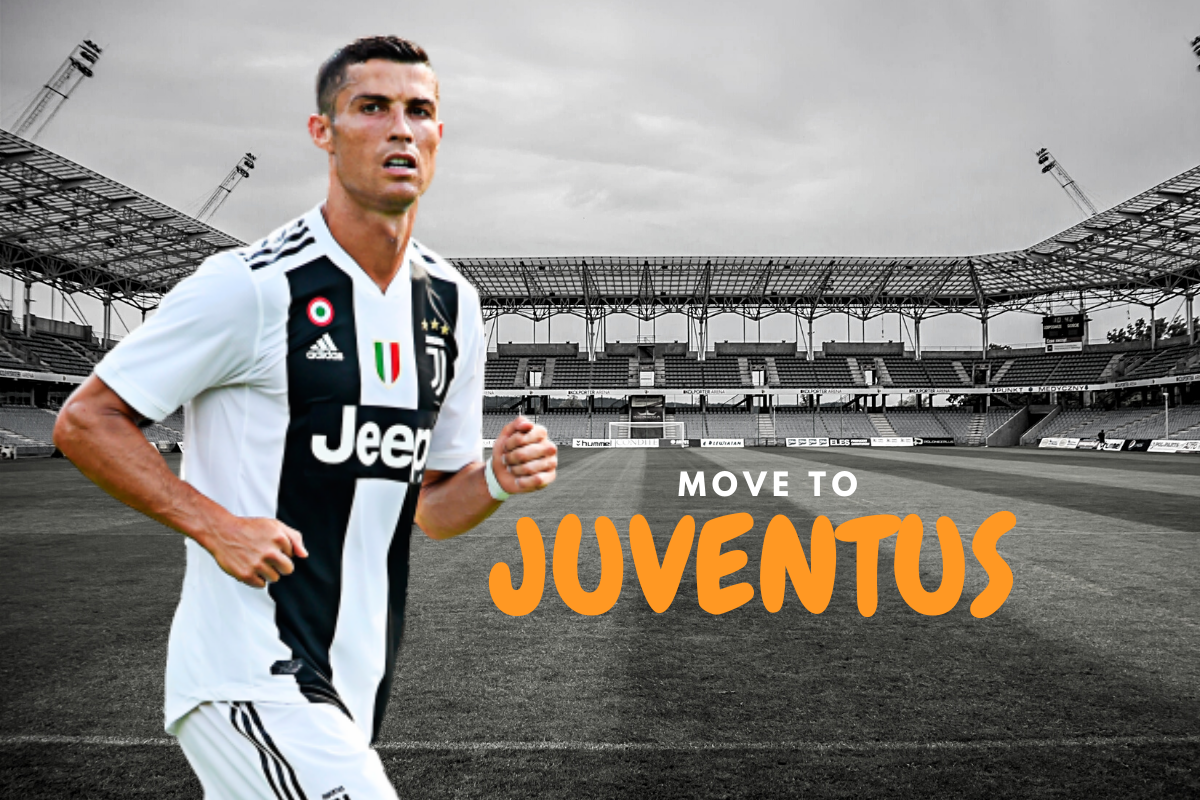 Cristiano Ronaldo’s time in Juventus is widely talked about in terms of game and performance, the team’s and his own. But what Juventus have gained outside the field through CR7 is a lot more than just a big name, it has been one of the most influential business transactions for the Italian club that has only added to more business. Let’s go through it from the beginning, not gonna be that slow don’t worry.

It was once thought that if Ronaldo were ever to leave Real Madrid, it would be for a return to Old Trafford, but instead, he headed to the Italian club Juventus coming across as a shocker ever since the rumours started getting tossed.

Juventus completed the signing of Real Madrid superstar Cristiano Ronaldo for a reported fee of £105 million.

In the 24 hours after his transfer to Turin was made official, between July 10 and 11, Juventus’ various social media accounts were boosted by more than 2.2 million followers.

He is the most followed person in the world on Instagram, meaning there is a case to be made for him being the most famous face in the world. Juventus have seen and still see their social media numbers soar up due to Ronaldo,
Juve’s number of Instagram followers has rocketed from 9.8m to a whopping 47.9m, while the amount of subscribers to their YouTube account has more than trebled (730,000 to 3.77m).

The signing of Cristiano Ronaldo has led to exceptional renewals of multiple sponsorship agreements as well as developments of new partnerships with other brands which have strengthened Juventus’ PR and financial proceedings.

Let’s talk about a few such impactful deals where the former madridista made made things possible just by his presence.

When the No.7 had only been at the club for six months, Adidas signed a six-year contract extension with Juventus, until 2027 and doubled the previous consideration payments from €23.25 million to €51 million per annum. On top of that, the club received a €15 million bonus. The Serie A champion first teamed up with the athletic wear giant in 2015, signing an agreement through 2021. The new deal will begin next year and the run-up to June 2027, with the club also earning a bonus of €15 million ($17 million) for its successful showing this season.

Adidas will be the technical partner for both the Serie A club and for its youth affiliates. If Juventus bring out a strong on-field performance — or if the apparel sales boost up, the Italian team may be entitled to an additional payment from Adidas.

Juventus renewed its jersey sponsorship with Jeep in a deal that will bring the Italian champions $55 million per season through 2023-24. Under the sponsorship deal, Fiat Chrysler (FCA) will pay Juventus at least $46.7 million over the next two years to keep its Jeep brand on the Bianconeri shirts, which soccer star Cristiano Ronaldo made popular around the world. The new financial terms improve an existing accord – worth a guaranteed €17 million per year.

The deal brought Juventus closer to Premier League sides like Chelsea, Manchester City and Tottenham, each with shirt sponsorships worth around €45 million per year. Pre-Ronaldo, they paid around €17m per year, but the 2019 season contributed up to €42m.

Juventus also signed an exclusive partnership with Konami. The new and exciting partnership with Konami will see the eFootball PES series have exclusive use of the club’s intellectual property within console football video games, including the team name, the crest, and official kits. In addition, the development team has been granted in-depth access to the players themselves, via full-body 3D scan, in order to recreate their likeliness in the game as accurately as possible. The iconic Allianz Stadium will also be granted full and exclusive access in the eFootball PES 2020, in order to recreate the stadium and its football fans to such a degree that the level of detail will not go unnoticed.

While other high-profile clubs had partnered with Konami in the past, the Juventus deal meant that the team’s kits, badge, stadium, and Juventus will not be officially licensed on FIFA 20.

Juventus also extended its stadium partnership with insurance giant Allianz to 2030 in a deal valuing €103.1m. The new sponsorship agreement builds on the ongoing six-year deal signed in 2017 for the naming rights of the home stadium. Under the extended deal, Juventus players will sport Allianz imprinted First Team training jerseys from this current financial year. It also provides some sponsorship rights to Allianz related to the women’s sector.

Additionally, the new agreement extends the naming rights of the Allianz Stadium for seven sporting seasons from July 1, 2023 to June 30, 2030.

The mineral water brand will also be present in the club’s hospitality sections, as well as during the first team matches and training sessions. This relationship has been mutually beneficial, enabling Juventus to strengthen its presence on the continent.

Whilst, helping Ganten to enter the Italian market and build its own brand awareness, in collaboration with one of the top football clubs in Europe. The new deal runs until 2023. The extension is part of a bigger strategy to expand into the Asian market.

And this has only been the upside for Juventus, Ronaldo’s transfer has also commercially benefited the entirety of Serie-A including the fan following, PR and viewership. With the Sony SPN dropping Laliga for Serie A in India right after this transfer, one can imagine the massive impact of the deal that did not just limit to the goodwill of Juventus.