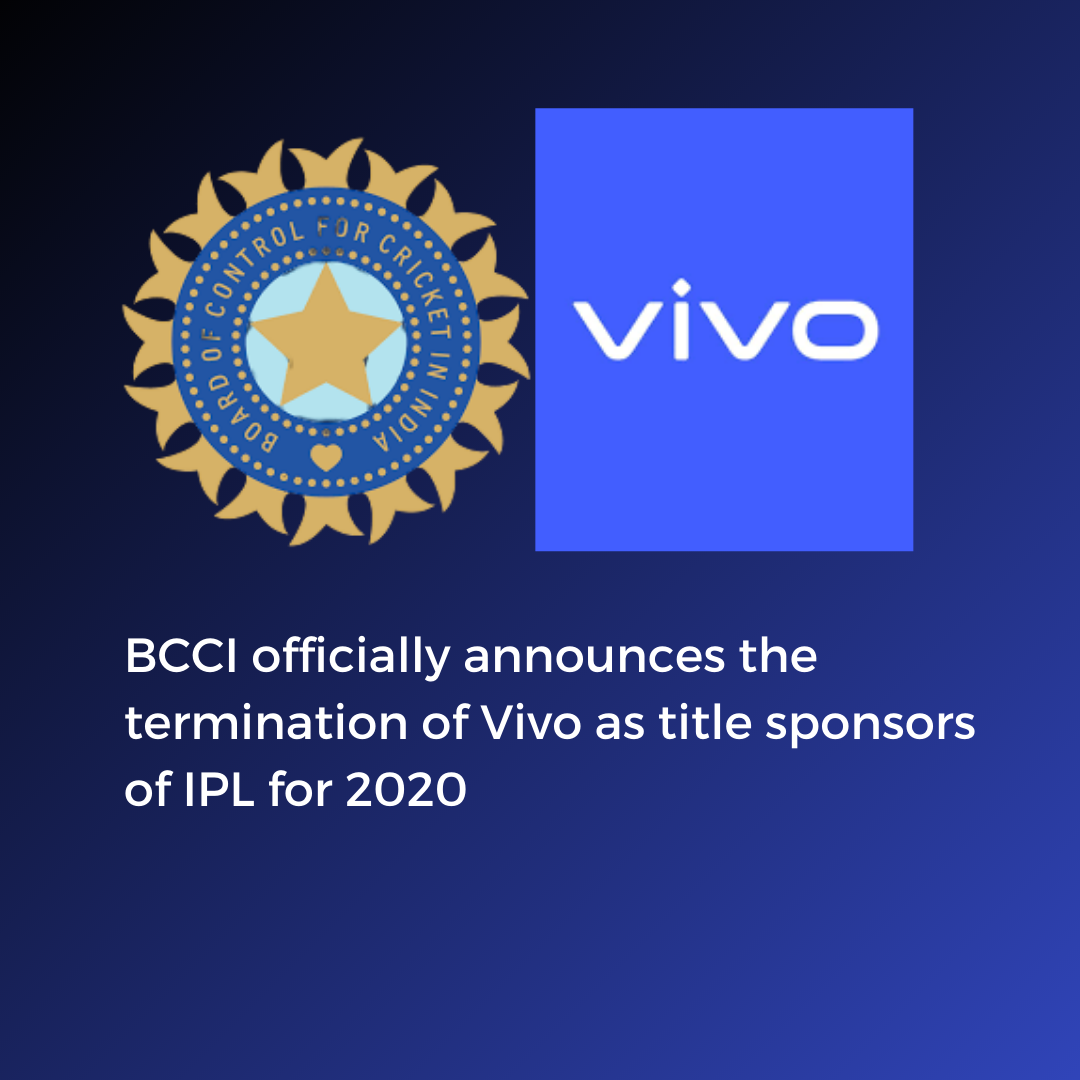 The Board of Control for Cricket in India, on Thursday, officially announced the suspension of partnership with Vivo for the 13th edition of the Indian Premier League,

“The Board of Control for Cricket in India (BCCI) and vivo Mobile India Pvt Ltd have decided to suspend their partnership for Indian Premier League in 2020,” the release stated.

The mobile phone brand had signed a five year deal for the title rights of IPL in 2018 for a whopping 2199 crore, which is around 440 crore a year.

The anti-china movement is currently on the rise in India. The strong protest against the Chinese products and the economic downturn due to Covid-19 might be the leading factors which forced Vivo to fall out of the deal. Meanwhile, BCCI could take a breather as it was facing backlash due to its earlier decision of going ahead with Chinese sponsors.

Earlier, the Indian government had banned 59 Chinese apps including the likes of TikTok, WeChat, Shareit and others. This number is expected to increase in the future.

The quest for a new sponsor

Now, BCCI is handed with a difficult task to lookout for a new sponsor amid this crisis and that too with IPL just a month away. BCCI plans to circulate a fresh tender, wherein interested parties may express their willlingess to sponsor the IPL for this year.

The Indian Premier League season will begin this year from September 19th and the final will be played on November 10th. The tournament will be held in the United Arab Emirates across three venues at Sharjah, Abu Dhabi and Dubai.