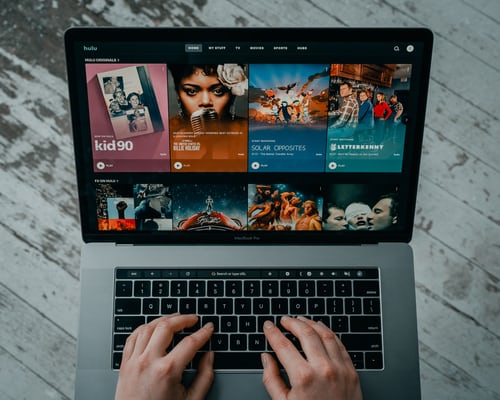 Not all of us always find ourselves in the comfort of our homes or at a nice café with a tv to watch the games we love. Everyone’s got their responsibilities amongst the 99 other things to do. Top Online Sports Streaming Platforms make up for our inconvenience in the best way possible. All you need is a nice smartphone or a laptop with some decent data connection, and you’re good to go.

You could be travelling in the local train, or making those presentations and annual reports on your desk, or doing any other thing where you get to sit and chill but not have the facility of a tv set for that matter. Your smart device has got you covered, thanks to the gift of online sports streaming channels.

Don’t raise that eyebrow already, we know they don’t stream anything as of now. Amazon Prime Video India has bagged the broadcast rights for all the cricket that will be played in New Zealand from late 2021 to 2026. And that’s all for Amazon, the sports streamers in India as of now. So if you hear Trent Boult and Kyle Jamieson are spitting fire against India, you know where to go.

Facebook Watch is where India has watched LaLiga for the last 3 years. Although that’s not the place for Laliga or any other sport anymore, Facebook has been a regular bidder for Indian cricket’s media rights as well as the same for the IPL. You won’t have to watch anything over here as of now, but in case you do, we will tell you. FB still streams the NFL in Latin America though.

That’s the new hot entrant in the online sports streaming market. Owned by Dream11, FanCode acquired streaming rights for cricket in the West Indies till 2024. FanCode in the recent past has also been the official streaming source in India for the New Zealand home games of 2021.

For the little precious baseball-loving community we have here in India, FanCode is also the official streaming partner for the MLB in your country. In 2020, FanCode was the home to American sports in India including NFL, NBA, MLB and SuperBowl. And you can also watch the Bundesliga.

This is the powerhouse of online sports streaming in India. With a Disney+ Hotstar subscription, you get access to the IPL, Team India home matches (cricket) as well as the domestic tournaments, ICC Tournaments, Indian Super League, Pro Kabaddi League, English Premier League, NBA, Grand Slams such as Wimbledon and French Open, Formula1 and a lot of other tournaments the world loves to watch.

(You can stream sports on both)

Another bigshot in online sports streaming in India right here is SonyLIV. The streaming platform covers the Indian Cricket Team’s away games (excluding ICC and ACC tournaments), the UFC & MMA, and is home to major football tournaments such as the FIFA World Cup, UEFA Euro Cup, UEFA Champions League, UEFA Europa League, Serie A and not to mention, your childhood favourite WWE. SonyLIV will also be your one-stop for the Tokyo Olympics.

(You’ll need the premium to stream those sports)

Gamers be smilin’, noobs be wildin’. Twitch is the centre of major esports tournaments and streaming, including games like Valorant, BGMI, Fortnite, Call of Duty: Warzone, Apex Legends, Rocket League, League of Legends and a huge lot of them. You can also follow your favourite individual streamers to pick something from their game to improve your own and not spray like a bot.

In all seriousness, Voot would not have been on our list had we made it just a few days ago. Viacom 18 bought the official streaming rights of LaLiga for India on July 5th. That means you can finally watch the Spanish tournament on your TV (MTV) as well as the online streaming device. Voot also streamed the recently held Road Safety World Series where Sachin Tendulkar graced our screens after an eternity.

Our go-to platform for all kinds of content also streams sports, yes. A lot of esports tournaments, tennis ATP tournaments, grassroots level tournaments are streamed on YouTube. The latest biggie was the Rome Open, where Rafael Nadal clinched a title against Novak Djokovic in another clay tournament victory. Always keep an eye on YouTube, you never know what plays on over there until you look for it.

We will keep updating this article as and when a new entrant comes up or in case some tournaments shift base from one online streaming platform to another to keep you updated. And that will be it. Good day.