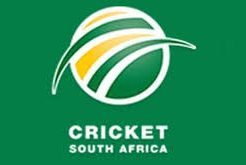 Sports Business news: A shocking blow to the cricketing world. South African Cricket Board has been suspended and the government has taken the control of cricket in South Africa.

The South African boards prominent members had to stepdown from their postion due to the corruption charges.

The Letters sent by South African Sports Confederation and Olympic Committee (SASCOC) to CSA read, “the CSA board and those senior executives who serve ex-officio on the board (the company secretary, the acting CEO, the CFO and the COO) are directed to step aside from the administration of CSA on full pay” pending the outcome of a month-long investigation by a task team.

SASCOC added, “many instances of maladministration and malpractice that have occurred since at least December 2019. This has manifestly caused great concern and consternation amongst your own members, former and current members of the national team of the Proteas, stakeholders, sponsors, and members of the cricket-loving public.

“There can be no doubt that this has caused cricket to lose the trust and confidence of members of the public, stakeholders, sponsors and the players represented by SACA (the South African Cricketers’ Association). All this has brought cricket into disrepute.”

This move would also impact the international cricket for South Africa. ICC rules prevent direct government interference in the running of any nation’s cricket board.